DISTORTION WITH LOW AND FAT BOOST

The T-Rex Vulture started its life, when Michael plugged in one of the very first pedals we made. That pedal had a certain sound to it that we really liked, but it was a bit grungy in the low-end. We wanted to make a pedal with that sound, but with a tighter, less fuzzy low end and with more gain.

We opened up the pedal and painstakingly measured everything in it, to find out why it sounded so good, and found a couple of resistors that would be better with other values.

Was it modified earlier in life or was this just a very good sounding mistake from when it was made in Lars´ basement way back in the 90´s?

All we know is that the basic sound was cool and we left it at that, and went on to focus on getting the low-end tight - but BIG!

The fruit of our labor is a pedal that has a great, throaty distortion with a nice bite to it but the low end and low midrange can be shaped in many ways, thanks to the low- and fat-boost knobs. This allows the player to dial in almost stupid amounts of lows, but the distortion stays tight, not muddy.

Well, we could have left it at a “bass”-knob, but that will only get you so far. The low-boost will add a lot of what we all love about those heavy 4x12 cabs, but that is not necessarily what you need if you are looking for more “body” in the sound, although it can turn that small combo you play at jam-nights into something bigger.

The fat-boost is designed to add weight and punch to the sound, giving the top strings a lot of thickness – almost like you went up two steps in string gauge, and the punch is more of a “punch in the chest” than a “kick in the #€%”.

The secret to the Vulture is to adjust the boost and tone knobs for optimal sound when the gain is adjusted, just like on an amp. It is tempting to turn everything up, but we still remember what happened when we turned the boost knobs off and set the gain above 3 o´clock…”uhm, maybe I don´t need a two-channel amp afterall”.

• Huge bottom end available at the turn of a knob

• Highly tweakable with a simple layout and small form factor

• More flexibility, due to the added low-boost and fat-boost knobs 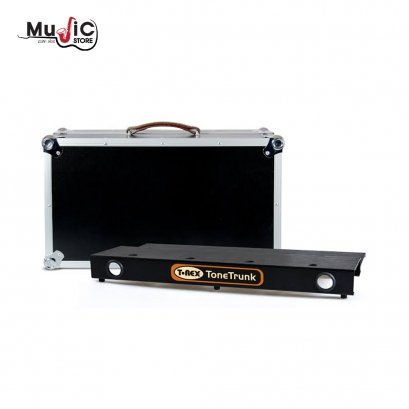